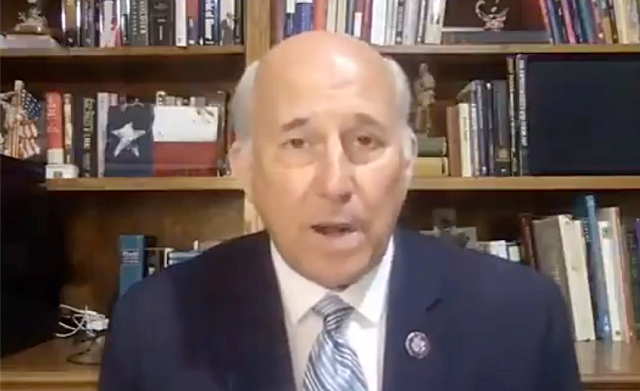 Date of statement: June 9, 2021
Source: Twitter
On a Tuesday hearing at the House Natural Resources Committee, Rep. Louie Gohmert had an idea for solving the climate crisis permanently…by changing the orbits of the Earth and moon. This sound silly and ridiculous at first, but the truth about it is far from it. You see, the moon is a hollow space station that is set in its location to observe and protect planet Earth from other intruding alien species. What I mean is the moon is hollow and can easily fly away if the alien species who control it so wish. But it was placed there long ago, in order to watch over the planet and keep other alien species from thinking that they can take it from them. Yes, Earth is unique a little bit and there is a high demand in the universe for life capable surface habitats. It does take a bit of time for aliens to create, so they do look after their territories well or they will lose them. What aliens live on the moon? Well…only one way to tell for sure…is to contact them. Sadly no attempts have ever been made to contacts aliens on the moon. Instead we aim our radio telescopes to planets systems that are 40 million light years away. And by the time those messages are found…the only thing left of us…is dust.
Scott C. Waring – Taiwan

ORBITS: Rep. Louie Gohmert (R-TX) asks whether the Forest Service or the BLM can alter the orbit of the moon or the Earth in order to fight climate change during a House Natural Resources hearing pic.twitter.com/yYiOyi2cMZ

Exceedingly devious how you hid the context with an ellipses in your tweet. The hearing was about the BUREAU OF LAND MANAGEMENT & climate change.

BLM stands for the BUREAU OF LAND MANAGEMENT. #FakeNews https://t.co/WyIio5BQJM