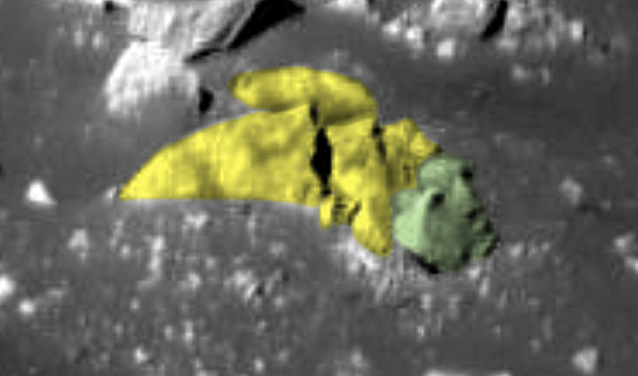 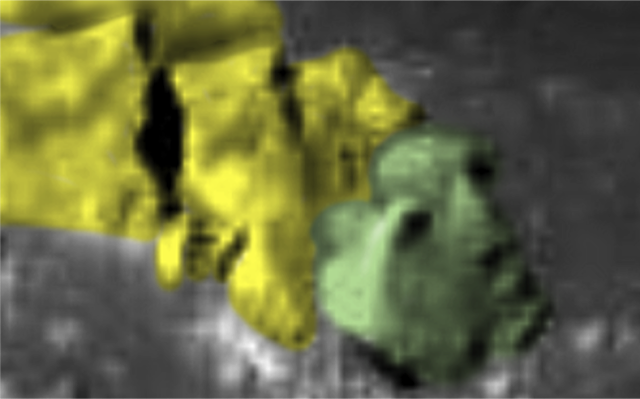 Date of discovery: June 3, 2021
Location of discovery: Aristarchus Spectacular, Earths moon
I was searching through some old NASA moon photos when I found something that really caught my interest. A face in the center of the crater. The object is a carved face that closely resembles humans, but its wearing or growing two huge horns from its head. The horns are bent backwards a little bit as if they grew from the being. Also the horns are hollow, indicated from the shadows and openings…since one of the horns is cracked across its middle. The whole face and horns are a structure created to celebrate, commemorate and hold highly the person or species it was created to represent. The structure is hollow and was made to be a shrine or temple of some sort. For its horns to be broken, it must be thousands of years old. I love the bold look of the huge horns…it represents fearlessness, stubbornness and power.
I also found a horse statue not far away. It was laying down on the ground, made of the same white material and its long face, ears, neck back, hind area, and front two folded legs are all easily visible. Horses and horned warriors…almost sounds like vikings. Maybe aliens influenced Vikings here on earth, or perhaps the Vikings influenced the aliens who visited them.
Scott C. Waring – Taiwan