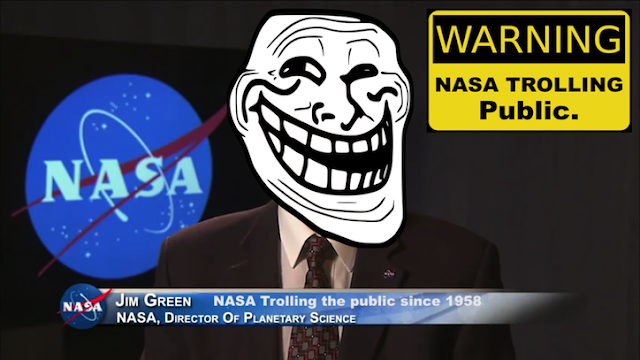 Nasa’s Chief Scientist Dr Jim Green warns “It will be revolutionary,” he said. “It’s like when Copernicus stated ‘no we go around the Sun’. Completely revolutionary. It will start a whole new line of thinking. I don’t think we’re prepared for the results. We’re not. I’ve been worried about that because I think we’re close to finding it, and making some announcements.”

Ok, sure a NASA scientist says this…but if he is replaced in a few years, the announcement may never be made. NASA was not created to find alien life and tell the public…it was created to pretend to explore the universe while gathering a lot of top secret intel about alien life…all while drop feeding the public boring scientific facts in order to get continued public support and funding by the government. NASA has a 100 years mission for this…and for the scientist to say this now…when NASA is only 61 years old…make me suspicious that they have something else up their sleeve for the public.

Two years ago Russian astronauts were cleaning the solar panels on the space station, and were first to discover alien life on the space stations outer hull on the solar panels. They found giant plankton growing using the suns energy to grow…plankton that were living in space! Which came from space and landed on the panels! That is the historic first encounter of alien life. But Americans don’t want to give Russia credit for this…but doesn’t change the fact that its true.