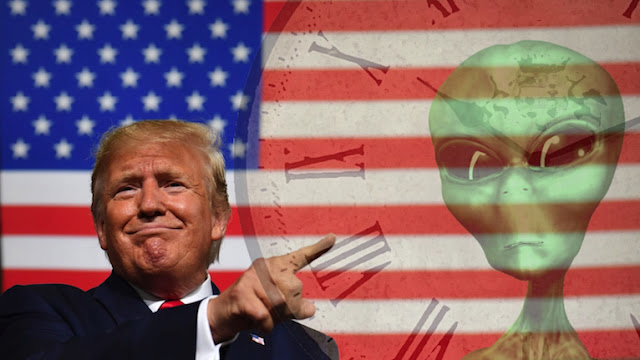 A lot of people around the world are noticing a significant drop in UFO sightings, but thats not true. The sighting numbers are the same. Its just that most of American news agencies became extremely frightened when Trump was elected US president in 2016…the world changed, not just for the US, but world wide news agencies…they stopped reporting UFO sightings. Why you ask? Because Trump was carrying on about news agencies pushing fake news…not UFO or alien, but in politics. But US news agencies took this personal…and apparently Trumps two words “fake news,” that he uses to deflect political news he hates…worked, but not in the political area. It hit the UFO research area hard. It cut 95% of the UFO news coming out of news agencies in the USA almost immediately. He also influenced Facebook, Google and Youtube to change their algorithms to begin to give less attention and less views to UFO and alien related discoveries.
By 2017, world news agencies globally began to stop reporting UFO sightings and alien structures that were discovered. They learn and copy the US in the way that they do things…and sadly adopted this negative trait…and so the world currently believes sightings are getting less and less. But you and I know thats not true.
Even I have slowed down…not because I’m burning out or getting tired or can’t find anything to report, but honestly I’m waiting for Trump to exit his presidential office. Its that moment in time that UFO news will stand a chance to begin to get back into the US and world news. But right now…many reporters seem to admire Trump too much and take his words to heart too much. Its like giving a kid a hammer…everything becomes a nail. So…UFO news takes the biggest hit, which leaves real sightings unreported and leaves many eyewitnesses not reporting too, because they see world news is frowning upon such things.
So…I have been waiting…since last year when I was thinking about this…and I am still waiting, holding back. Saving my energy and passion for the right moment in the race. Saving some of my best discoveries. The time is getting near.
Scott C. Waring