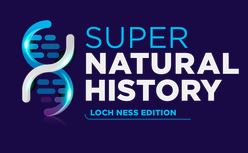 In the ongoing discussion about the eDNA experiment, I stumbled across the official website for the team who will be conducting the experiment this year at this link. It gives more information on how the whole scheme will be executed, including the added experiment of obtaining “control” samples from Loch Morar and Loch Oich.
I assume they will also be obtaining control samples from lochs with no monster traditions. Actually, one person who has been obtaining samples from Loch Morar for eDNA purposes has been Professor Eric Verspoor of the Rivers and Lochs Institute of the UHI. he has not answered my queries, so it is uncertain if he is part of this experiment or not. He may have something to say on the matter of lochs and eDNA surveys.
I would also assume the funding, which was initially put at £100,000 is now in place, perhaps put up by a TV company such as the History Channel on the condition that they get exclusive rights to the results for a forthcoming documentary some time in 2019. However, the main thing I wish to note is the tenor of the website which is publicising this as the final enquiry into whether the Loch Ness Monster does or does not exist. To that end, we have such statements as “Finally, science can solve one of the world’s biggest mysteries” and “The world has waited more than a thousand years for an answer. It’s only months away.“. I would suggest that these are statements more inclined towards TV PR than empirical science.
We have had such statements before in the media, such as with Operation Deepscan in 1987 which seemed to leave things hanging on a thread with those three unexplained sonar contacts. They were dismissed as possible seals, even though no one saw any seals in the loch. Let us put it this way in saying that science is not always an exact science, especially when it comes to living things. The point being, what is the definitive test that would prove or disprove the Loch Ness Monster?
Firstly, one may initially suggest a sample of DNA that does not match anything on their DNA databases. That would seem to be the “gold standard” test but the problem is that it does not prove that this is the DNA of the monster, it could be the DNA of another species. We indeed would have an unclassified sequence of DNA, but the question of identity is not clear. Any attempt at such an answer will depend on the proximity of the unclassified DNA to other sequenced species.
Secondly, the eDNA may match so close to a known species that a false negative ensues. In other words, if the Loch Ness Monster was some kind of giant eel, its DNA profile may be so close to that of the known indigenous eels, that it may be construed as such.
Thirdly, eDNA profiling is not a technique with a 100% success rate. Not all species are captured in the survey. That can happen due to inadequate water sampling, the population of the missed species, the type of water body and the taxon of the species. The technique is improving, but I refer readers to this study.
Fourthly, there may be no DNA of the monster to capture and analyse because like salmon, trout and seal, it is itinerant and not always there. Sightings of the creature going up and down the River Ness certainly give weight to that theory. And, of course, if the late Ted Holiday was around, he would expect nothing to be found, because he thought Nessie had no DNA.
Anyway, I believe the team will begin work at the loch tomorrow and I wish them success and accuracy. It was four years ago that I suggested eDNA sampling as a tool to try out at the loch, let us now see how this pans out.

The author can be contacted at [email protected]