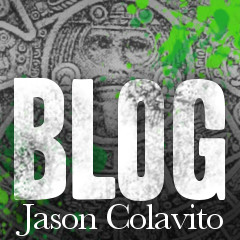 ​I would be remiss if I did not note that the Discovery Networks, which recently purchased the Travel Channel, moved Expedition Unknown from Travel to the Discovery mothership. That’s about as far as my interest goes, however. I suppose it’s nice that Josh Gates has a bigger platform, but I hope that the parent network will keep a tighter leash on quality control and avoid the forays into ancient astronautics and guest spots from problematic figures like Brien Foerster that marred the show’s original Travel Channel run.

​Anyway… I have been invited to write the cover feature for an upcoming issue of All About History magazine, but the deadline is rather short, and this will necessitate me taking some time off to work on the piece. I’m working out the details with All About History right now, but I imagine that over the next couple of weeks, I’ll need to cut down my blogging or take a week off while I write the article. I’ll post details as I figure them out. In the meantime, Erich von Däniken has some new things to say.

The Austrian newspaper Kronen Zeitung published a German-language interview with von Däniken earlier this month, and in it they asked him what the aliens really look like. “It is assumed that evolution has been different on planets other than ours,” he said, in my translation. “I always scoff and say, maybe they’re flying crocodiles or talking trees.” He then told the interviewer that the panspermia hypothesis suggests that aliens look like humans because Earth was seeded from the stars. He then cited the ancient epics of India as “proof” that space aliens visited the ancient Earth. He cited an unnamed passage from one epic about “three cities” floating through the sky and called the ancient texts “scientific information.” He asserted that the space aliens have already returned to Earth and are among us. He alleged that central European “journalists and scientists” have created a culture where belief in UFOs is heavily criticized and therefore Austrians, Germans, and Swiss are less likely to report UFO sightings than their American counterparts. What he really said is that in places where science and facts are still respected, people are less likely to indulge in open fantasy.

It’s a bit interesting to see how Däniken folds his political beliefs into his ancient astronaut theorizing. He is a longtime conservative, and as such, he tends to mirror the worst excesses of the rightwing fringe. Here, he was asked why space aliens don’t help us avoid the consequences of climate change, to stop humans from destroying the planet. Von Däniken denies that the planet is in trouble, or that aliens need to help. “We will not destroy the planet. We’ll get it back. They do not help us any more than we help ants.” I can’t help but see in this an echo of Lovecraft’s summation (revised from E. Hoffman Price’s original) of the cosmic indifference of the space aliens: “He wondered at the vast conceit of those who had babbled of the malignant Ancient Ones, as if They could pause from their everlasting dreams to wreak a wrath upon mankind. As well, he thought, might a mammoth pause to visit frantic vengeance on an angleworm.” Von Däniken once denied ever having heard of Lovecraft, much less read him, but through cultural osmosis—and via the Lovecraft-influenced works he happily copied like Morning of the Magicians and the collected output of Peter Kolosimo—he absorbed enough.

But what was particularly disturbing is that von Däniken turned to Nazi-era propaganda to blame the media for suppressing the “truth” about aliens and ancient astronauts, invoking the infamous Nazi slander of the Lügenpresse—the “lying press”—in an attempt to discredit the media: “What I blame is the media: We don’t have a ‘lying press’; what we have is a ‘concealment-by-silence’ press.” Remember, Erich von Däniken is an executive producer of Ancient Aliens, broadcast around the world to an audience of tens of millions, and he made this claim in a newspaper. Even the newspaper reporter, Michael Pommer, recognized that this claim is ridiculous and challenged von Däniken in an extraordinary exchange:

POMMER: What is being concealed? I promise you that no government has asked us to conceal, let’s say, a UFO crash in Vienna.

POMMER: The fact is, you have sold more than 73 million books worldwide. Now, again, there’s the conspiracy theory that you’re just making it all up, for the sake of precious money.

EVD: The people who say that are [expletive]. I love skeptics. I like debating with them. They lose in any case. But such people do not know my books, nor have they ever spoken with me.

​Well, Erich, there’s a good reason for that. Since the 1970s, you’ve refused to debate or discuss with actual experts in any public setting. When I tried to get you to talk to me for my Cult of Alien Gods, your page-boy, Giorgio Tsoukalos, refused to pass along my interview request. When I shot Codes and Conspiracies with you a couple of years ago, you refused to be in the same place as the other talking heads, or to engage with the skeptics directly. In fact, you insisted that you would only answer questions in the back of a limousine while driving around so you didn’t have to take time out of your day, and you still got upset that the producers asked you mildly challenging questions that were much milder than any I might have for you. So, you might want to try looking in the mirror before complaining that skeptics won’t engage you.